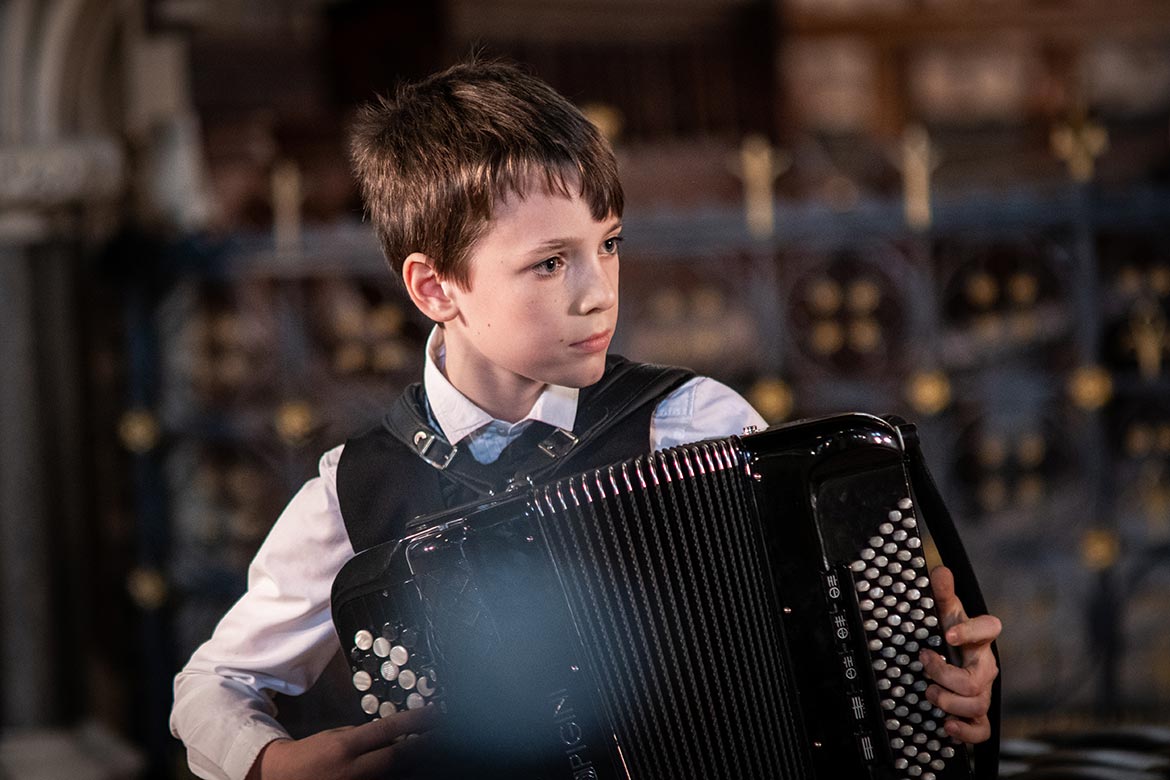 “As soon as I strap on the accordion, I feel like a different, younger man. It’s on stage I feel most alive. That’s what I live for.” André Verchuren 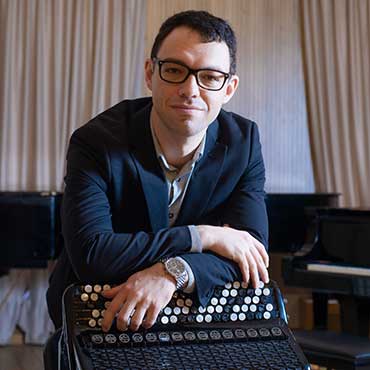 Born into a family of acclaimed Russian classical accordionists, Iosif Purits is renowned for his effortless mastery of the instrument and profound musical sensitivity. He is a prizewinner of thirty international competitions, and boasts a truly international career with appearances at concert venues including Carnegie Hall (USA), Wigmore Hall (UK), Vienna Konzerthaus (Austria), George Western Recital Hall (Canada), and The Great Hall of the Moscow Conservatory (Russia).

Iosif came to prominence as recipient of the coveted Royal Academy of Music Patrons Award offering a Wigmore Hall debut to the most outstanding student across all instrumental departments, and prize-winner of the Arts Club Karl Jenkins Classical Music Award. He was the BBC’s first ever Introducing Classical Artist which led to showcase performances on BBC Radio 3, the Cheltenham Music Festival, Latitude Festival, and Southbank Centre.

Iosif’s extensive repertoire ranges from Bach’s Goldberg Variations and Mussorgsky’s Pictures at an Exhibition to Sorensen’s Looking on Darkness and Lindberg’s Metal Work. Distinguished not only as a solo performer but also as an enthusiastic chamber music collaborator, he has established duo partnerships with cellist Cecilia Bignall, guitarist Andrey Lebedev, and clarinetist Mikhail Mering.

Iosif was the first ever Russian child to win the under-12 category at one of the most prestigious accordion competitions in the world in Klingenthal (Germany) where 13 years later his repeat success in becoming the winner of the main category at the 50th anniversary competition was described as “ensuring his place in history”. At the age of 8 Iosif entered the International competition «Classica Nova» in Germany where he became a prize-winner. Since then his numerous awards have included seventeen 1st prizes at international contests such as Competition of Accordionists in Сastelfidardo (Italy), Arrasate Hiria (Spain) and Trophee Mondial (USA).

Iosif collaborates with numerous charitable foundations such as “New Names foundation”, “Vladimir Spivakov foundation”, “Science, Art and Sport” and others. Many times, Iosif has been invited as an adjudicator at international competitions. He has given master-classes at the Royal Academy of Music (London), Russian Gnessins academy of music in China and in Bosnia. In 2020 Iosif has published the book of his transcriptions and arrangements.

Iosif was awarded a full scholarship for postgraduate studies at Royal Academy of Music where he studied under Owen Murray and graduated with Regency Award in 2017. He was a student of Friedrich Lips at the Gnesins Academy of Music. He is grateful for the support he has received from the ABRSM, Hattori Foundation, Drake Calleja Trust, the Future of Russia Foundation, Spivakov Charity Foundation.