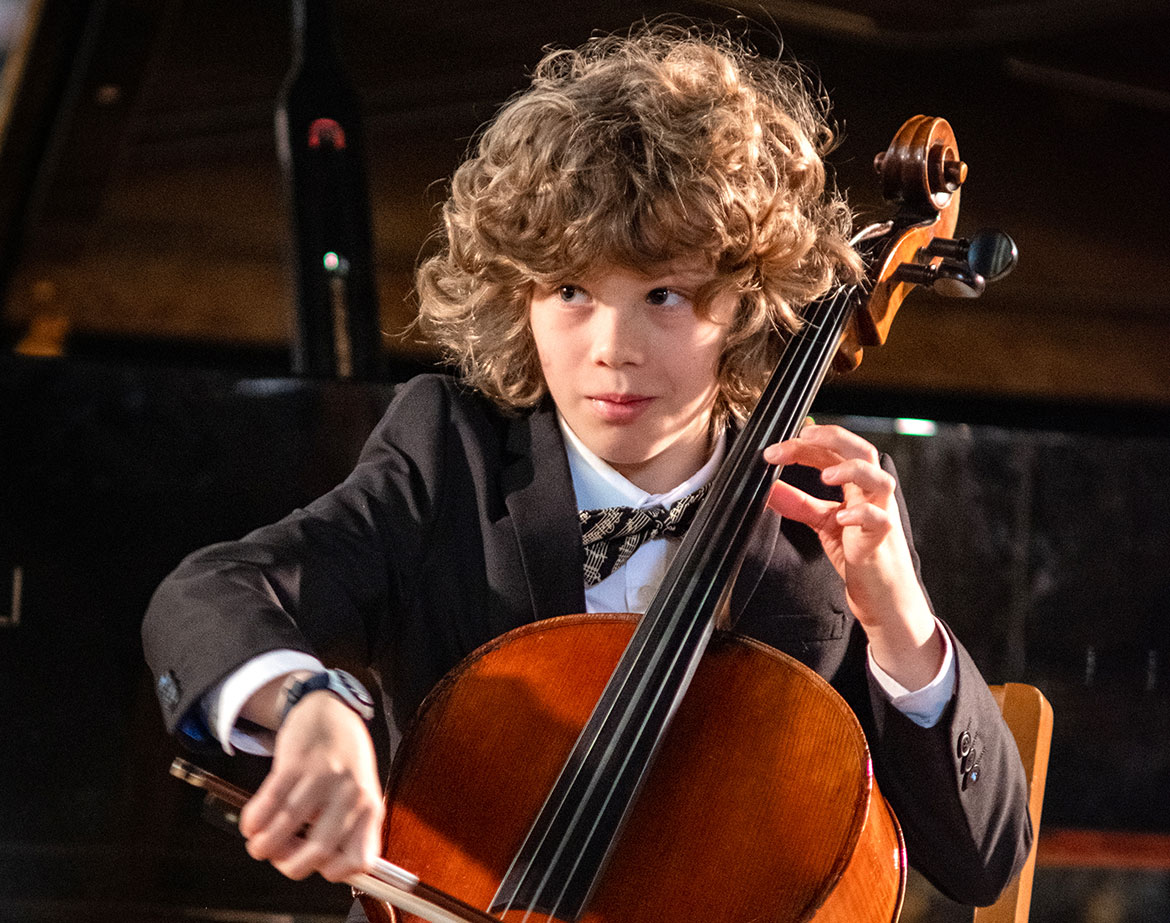 "The Cello is like a beautiful woman who has not grown older, but younger with time, more slender, more supple, more graceful. "  Pablo Casals

"No matter what kind of music you’re playing, the bass enhances the sound and makes it more beautiful and full."  Charlie Haden 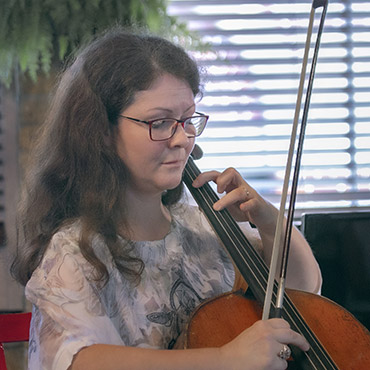 Alexandra began to play the cello at the age of five and received her first music education at the music school in Moscow. She later entered Tchaikovsky Academic Music College at the Moscow State Conservatory (also known as Merzliakov Music College) to study cello and methodology of music education.

Alexandra continued her music studies at the Moscow Tchaikovsky State Conservatory at the class of Kirill Rodin. During her five years there, she received an all-rounded musical education and on top of her cello studies, had many chamber music opportunities, played with symphony and chamber orchestras, and engaged in teaching training. Alexandra graduated from Moscow Conservatory in 2002 with the Master degree and moved to Belgium, where she did her PhD studies at the Royal Conservatory of Brussels, class of Vivian Spanoghe (pupil of Janos Starker).

In Belgium, Alexandra played the cello in chamber ensembles and in symphony and chamber orchestras, including The National Belgium Orchestra and Lage Landen orchestra. She also worked for opera houses, including Namur opera, Vlaams opera and Alden Biesen opera. In education, Alexandra collaborated with the Association “Musicordes” (member of ESTA), where she was giving individual and group lessons and masterclasses, coaching ensembles and providing orchestral training.

In 2015 Alexandra moved to UK with her family and soon after joined the RMA as a cello teacher and chamber music coach at the London Russian music Academy. She also gained a position of the Head of music at James Elliman’s academy. 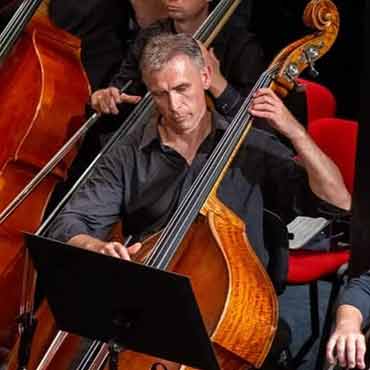 Oleg is a concert musician and double bass teacher with huge experience both in performing and teaching and an excellent results record.

He studied at the High school of Music in Khmelnitsky, Ukraine and is also a graduate of Tchaikovsky National Music Academy of Ukraine (Kiev State Conservatory) in Double Bass Art with qualifications of double bass teacher, orchestral player (with experience as double bass section leader) and a chamber musician.

His pupils performed regularly in public concerts (giving both solo performances and playing with the orchestra) and participated in music competitions. Many of Oleg’s pupils were awarded first prizes at Croatian national competitions as well as at international competitions. Eight of his pupils went on to study music for the professional degree at the Prague, Salzburg, Zagreb and Ljubljana Academies.

Oleg was successful in his efforts for the double bass to be included in The International String Competition Rudolf Matt and he was a member of the jury at this competition.

During his pedagogical career in Croatia, Oleg organised Double Bass Festival in Zagreb where the concerts were held for the students and professional players. The Festival included lectures and seminars on methodology, pedagogy and history of double bass.

Oleg has a wealth of experience as a concert musician. He played as a soloist with Split Chamber Orchestra under the baton of Pavle Dešpalj and also gave solo recitals in Ukraine and Croatia.

With continuous orchestral experience since 2010, Oleg participated in all concerts managed by Croatian Radio-Television.